Effect of Agricultural Drought in 2016


While rainfall deficit for two consecutive years has had its cumulative impact, experts argue that the water crisis has been caused more by mismanagement and neglect. The 2016 crisis has affected in 250 thousand villages, in 266 districts and across 11 states in India.

What is needed is a people and community-centric water management and development approach. While rainfall deficit for two consecutive years has had its cumulative impact, experts argue that the water crisis in India.

The scale of the crisis is unprecedented. More than 250 thousand villages in 266 districts across 11 states have been impacted, not just in terms non-availability of water, also in agriculture damage and livelihood loss. This has severely affected food security, food sovereignty, the status of natural resources and ecology, and finally the exchequer. If not wholly due to the weather, what then has caused the current water crisis? We have reached this situation because of a number of reasons.

We follow policies and engage in practices that overwhelmingly focus on extraction and exploitation of surface and groundwater without making enough efforts for maintenance and preservation of surface water or recharge of aquifers and groundwater. We persist in following cropping patterns that are ecologically unwise. We have focused too much on big irrigation projects – without considering the environmental impact, or the long term efficiencies of big dams, or even the harmful effects of waterlogging and salinization caused by badly designed canals. We have not invested in micro-irrigation projects to reduce dependence on rain in rain-fed areas.

Below jpgs shows the drought effect on yield of Agricultural crops: 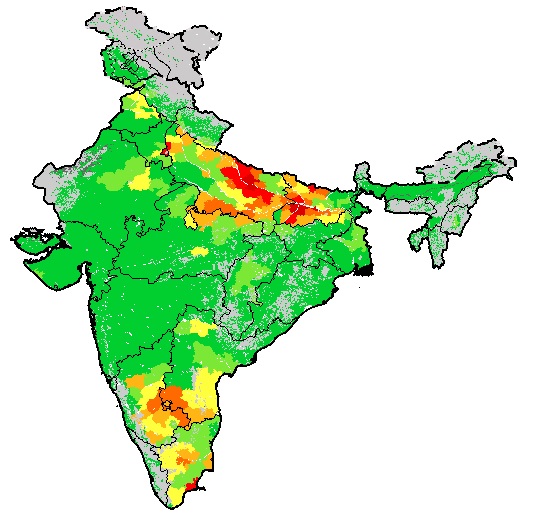 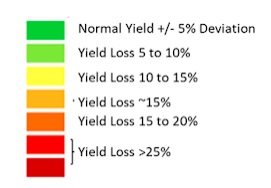 Posted by Remote Sensing Agriculture at 02:26 No comments: