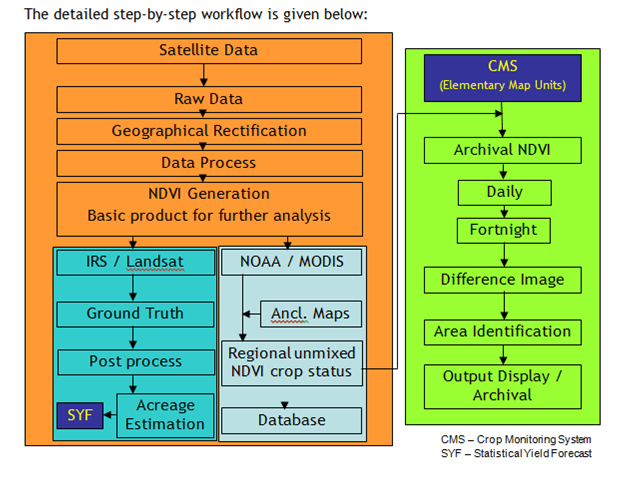 Risk and Uncertainty in Agriculture

Risk and Uncertainty in Agriculture Uncertainty refers to an event the outcome of which is not certain i.e. the outcome may be one of the many possible outcomes. As such it cannot be measured. But certain probability may be attached to individual outcome. Risk on the other hand refers to the impact of the uncertain outcome on the quantity or value of some economic variable. The value of the economic variable may be on either side of the mean value. Repeated events would result different outcomes having a range of values. Thus risk refers to the variations in value of an economic variable resulting from the influence of an uncertain event. Since the variations in the value are measurable risk can be measured.

Agricultural production is an outcome of biological activity which is highly sensitive to changes in weather. Important weather variables such as temperature, humidity, rainfall, wind etc. influence the biological process directly or indirectly. For instance, low soil moisture due to poor precipitation in the pre-sowing period adversely affects seed germination resulting in reduced plant population. The poor precipitation during growth period results in stunted plant growth. Heavy rainfall during early growth period causes submersion of plants. Similarly hailstorms, wind and cyclones damage the standing crops by lodging and uprooting especially the perennials (trees and shrubs). High humidity may cause outbreak of pests and diseases. All these result in partial loss in yield and sometimes complete crop failure and hence reduced income to farmers.

In other words, deviations in the weather variables from the normal adversely affect the crop yields and hence production and income on individual farms. As variations in weather are more a regular phenomenon crop yields are not stable. As if all this is not enough the sword of uncertain agricultural prices always hangs on the farmers’ fate. As a consequence farm incomes fluctuate violently from year to year. These variations in income are referred to as risk. The variations in income due to changes in yield are production risk and due to changes in price marketing risk. As such risk (variations) may be measured in terms of standard deviation or coefficient of variations for yield, prices and income. In business risk is treated as a cost. Once in the business one has to bear this cost. Since, risk is associated with the activity it cannot be eliminated so long the activity is carried out. It, however, can be managed i.e., can be reduced or minimized but at a certain cost. Risk management, therefore, implies minimization of income loss either by reducing variations in output or ensuring certain minimum price or guaranteeing certain level of income. It is a process of appraising and reducing risk. The ways devised to do so are referred to as risk management alternatives. These are discussed under the following heads.

I. Avoiding Risk Some of the production risks can simply be avoided. For instance, eliminating more risky enterprises would minimize risk but at the cost of decreased total production (returns). Laggards always try to avoid risk. They opt for assured though low income enterprises.

iii.  Sharing Risk This alternative of risk management is quite common in India. Important example of risk sharing is the share lease of land to tenants. The production risks are shared between the landlord and the tenant in the ratio they share some inputs and the output. The cost of this alternative to the landowner would be equal to the difference between the net income tenant earns less the cash rent he would have paid for rental lease.

Iv. Transferring Risk: Risk may be transferred from one entity to another. For instance, marketing risk could be transferred to buyers by way of forward contract. It guarantees to pay an agreed price for the produce to be realized in future. The cost of this alternative is the difference in value of output at post harvest/market price less the value realized at the agreed price. Crop insurance is another example of transferring production risk to another entity i.e., insurance company. In case the crop prospects are reduced below certain minimum, proportionate indemnity is paid for the expenditure incurred. The cost of this alternative is the premium paid by the farmer.

v. Spreading Risk: Risk may be spread over a number of enterprises with varying degree of risk and of course with varying level of net income. This is known as diversification. Diversification could be in terms of mixed farming, diversified farming or even mixed cropping. The idea is not to put all eggs in one basket. It would ensure some income realization from enterprises/crops even in the event of adverse weather conditions etc. As net returns from combination of different enterprises/crops would be less than the net returns from the most paying crop (pure) the difference between the two would be the cost of this alternative.

vi. Taking Risk Taking risk could be one of the alternatives to manage risk where the management cost is nil because no attempt is made to reduce risk. The idea is to plan for maximum returns even at high risk. Innovators and early adopters are the two categories of people who always are willing to take risk. They go for high return enterprises exposing themselves to high risk.
Posted by Remote Sensing Agriculture at 04:21 2 comments:

Article from others - Agriculture shape using Technology like Remote sensing

Back in the seventies, India came back from the brink of starvation to achieve self-sufficiency in grain production and everyone hailed the green revolution. It has been a short-lived exuberation, as it is now increasingly apparent that it was merely a battle India had won, not the war. With rapidly increasing population, marginal growth rates, continuing dependence on monsoon, changing land-use mix and diminishing returns from additional use of fertilizers, India is facing another challenge sooner than later.
Between now and 2030 the planet's population is likely to rise to 8.5 billion, from 7.3 billion now. Those people will not only need to eat, they will want to eat better than people do now, because by then most are likely to have middling incomes, and many will be well off. Food and Agriculture Organisation, the United Nations' agency suggested that by 2030 agricultural production will have to rise by 45% to meet projected demand.
How are we going to do this? Technology is one solution, but technology is really just a small part of the solution we're looking for. The real future of farming isn't growing plants or animals; it's growing businesses.
In the past few years, there has been an explosion of startup activity and telecom boom that has revolutionised the way Indians travel, consume and communicate. What is still waiting for this revolution is the way we produce. While there are individual advancements happening across the country and indeed the world, there is no unifying platform to bring together all of these in the same conversation.
ThinkAg2030 (powered by Ankur Capital) was launched as a forum to explore frontiers of technology and its ground-breaking impact on Indian agriculture. Innovators, experts, Agri CEOs, entrepreneurs have a platform to brainstorm on future cutting-edge agribusiness opportunities. The idea is to foster innovation and accelerate growth in the AgTech startup ecosystem in India.
ThinkAg2030 was kicked off with a launch event in Hyderabad on 26th May, 2017. Stakeholders from eminent financial and research institutions as well as scores of young AgTech entrepreneurs came together for an evening of stimulating examination of what lies ahead for Indian agriculture.
The subject of discussion was 'Leapfrogging Indian agriculture with disruptive tech'.
Speaking at the event, Mr. Ram Kaundinya (Former MD, Advanta Seeds) dispelled the notion that Indian farmers are averse to technology use. He said, "Technophobe farmer was a myth; if you treat the farmer as a customer and demonstrate value, he will be more than happy to adopt new technology."
New technologies that are emerging not only help the farmer get better forecast and higher yield, but also help other agri-stakeholders in their contribution and decision making.
Remote sensing and satellite imaging contributing to agriculture is not stuff of science fiction any more. Companies like CropIn Technologies are using these to address the information asymmetries that plague Indian agriculture and enabling financial institutions to get more confidence in their decision making to extend loans and insurance to farmers.
Mr. Kaundinya further commented, "Better data points will ensure better crop insurance models." Mr. PVN Rao, Deputy Director at NRSC agreed, "There is work happening in this domain. Information is going to flow much more easily into agriculture in the near future. Awareness that a farmer has today will be the pull for new technologies."
Future can bring other challenges as Mr. Sriram Gopal, CEO of Future Farms, a cutting-edge hydroponics company, pointed out, "50 years ago, we were eating foods that are not being consumed now; 50 years from now our food palate will be significantly different. Farmers and farming techniques need to constantly evolve to keep up. This presents a huge opportunity for new agribusinesses"
Mr. Laxminarayana, MD AG Bio Systems, concurred with this, "Technology manifesting as product innovation can also solve some big problems for the Indian farmer."
In line with the forward-looking nature of the discussion, ThinkAg2030 also featured AgTANK, where curated budding AgTech startups presented their business model to an expert jury panel. The jury comprised of experts with diverse viewpoints - an agri-scientist like NAARM's Dr. Srinivas to an agri-industry voice like Mr. Subbarao Appemane from Mahyco to investors and startup ecosystem players like Yes Bank's Mr. Gopinath Koneti, Springforth Investment's Mr Pradeep Dhobale and TIE Hyderabad's Ms Sreedevi Devireddy.
AgTANK indeed provided a brilliant opportunity for budding AgTech entrepreneurs to find mentors and foster investor interest. Four interesting AgTech startups - Bharat Rohan, Keansa, Kheti Next and FarmGate - were put to test by the esteemed jury who asked incisive questions and gave forthright feedback to make these start-ups' business models more robust and rewarding.
Moderating the panel, Dr. Ritu Verma, Managing Partner, Ankur Capital summed up the discussion as new technology in agriculture was not an option, as we have no choice but to address critical issues for the next green revolution.

courtesy: PRNewswire
Posted by Remote Sensing Agriculture at 04:21 No comments: